Ægàmmarám, The Green Lady. Mamra, the largest moon in the night sky above the World of Teréth End, glows with a pale green light. Special attention is given to the Green Lady because alone among the world’s three moons, she is the only one whose movement appears irregular. Whereas the clockwork movement of Wōd and Nūlēun are used to define months and years, the appearance and phases of Mamra are not as easily defined. A second reason for why this moon is carefully charted is that its phases have a profound effect on the Tapestry, producing both benign and dangerous anomalies in the flow of magics.

The moon of Mamra may not be a moon at all. Some astronomers (who have knowledge and theories enough to consider such things) have suggested that Mamra may instead be a sister planet to Teréth End, locked in a binary-planet system. Historically, few have reached this conclusion.

The Green Lady appears as a spherical world, suspended in the sky above Teréth End. Features on the moon are pale and indistinct due to heavy cloud cover. Astronomers and moon-watchers wait many years to catch a glimpse of the surface’s features. For centuries, societies from Lyrast to Teréðor have cataloged these sightings and attempted to construct Mamra’s surface from collections of puzzle-like fragments. From these observations, it appears that the green moon has a series of coastlines and more than one “sea”. There is no evidence of cities, roads, dams, or other elements that might suggest civilization.

Unlike Wōd and Nūlēun, which revolve around Teréth End like clockwork, Mamra circles once every 21.032 days. The first full phase of Mamra for the Oðári Tales occurred at Day 123.010 (i.e., 12 Eren 652 DR). Mamra’s next full phases are due to occur on: 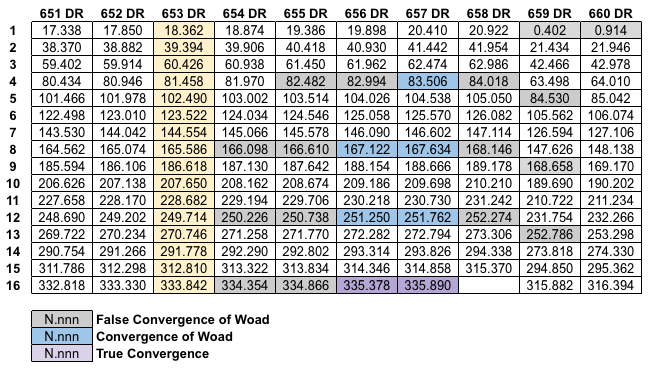 The phase of Mamra affects more than Twisting, determining also the date of festivals and other observances. Each appearance of the Green Lady within a given year has a different label and associated traditions. In order, these are named:

During convergence, some observers have claimed to spot threads connecting Mamra to the other moons. The purpose of these threads is unknown. Similar observations have been recorded throughout the World of Teréth End.